The ship of the Century.

To me the Tss Edam is the ship of the Century. 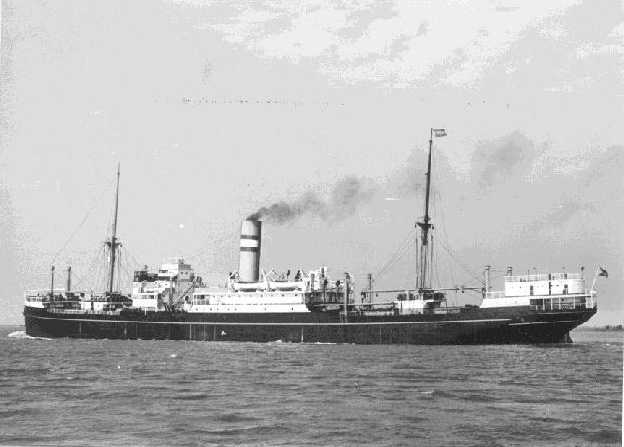 My first encounter wit the Edam was a somewhat unusual one. On the 10th of February 1940 I was ass.Engineer on board the ss Burgerdyk, the ship was approximately 15 mile south off Bishop Rock near the entrance to the British Channel when it was stopped by a German U boat. The Commander of the U boat, Ltz 1 Herbert Schultze, wanted to check our Cargo papers. Our First Mate Dijk took the papers, with the assistance of four sailors, with a lifeboat to the U boat. The result was that we got half an hour to leave the ship, all this happened between 17.00 and 18.00 hrs. in which time I had my last meal on board the Burgerdyk. 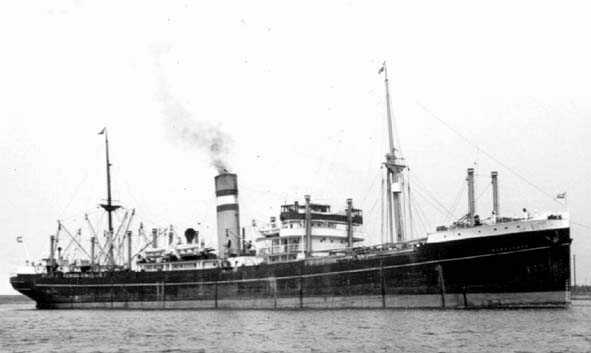 Our Captain Scriwaneck allowed us to take a small bag with personal belongings into the lifeboats, whilst filling the bag in my cabin I could see the sub through the porthole and made this picture of it. 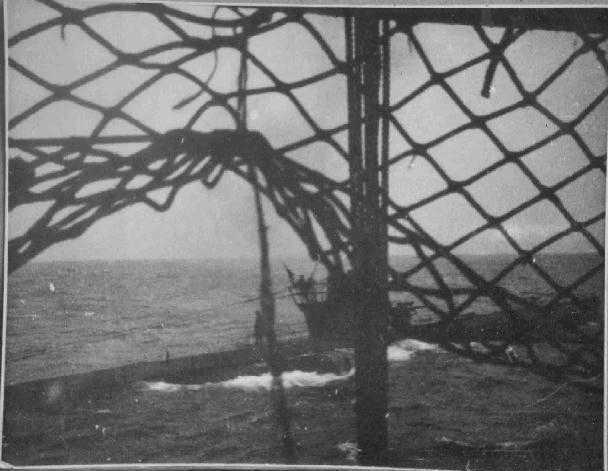 (to show later to my Grandchildren). When I came on deck I stood behind some crewmembers and in the dusk I made the second of the sub. 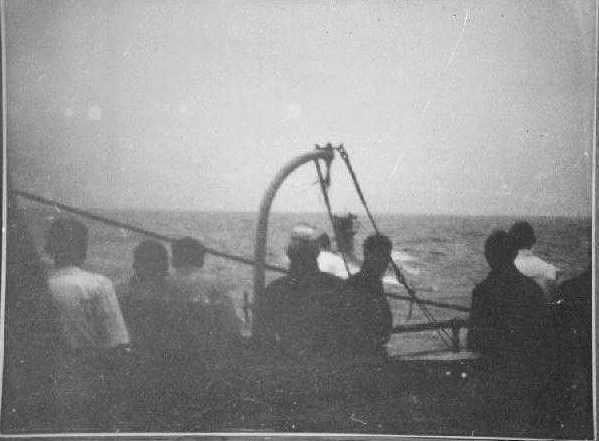 After we had been rowing for sometime we heard an explosion which was the end of the Burgerdyk. Herbert Schultze torpedoed her at 18.40.

After a long wet and cold night in which we got our share of rain and wet snow we noticed that we had drifted dangerously close to the Needles. We had to row for our lives otherwise our lifeboats would have been torn to bits on the Needles. At approx. 07.30 we saw a steamship at the horizon, it was the Edam. Before I left the lifeboat I made this picture. 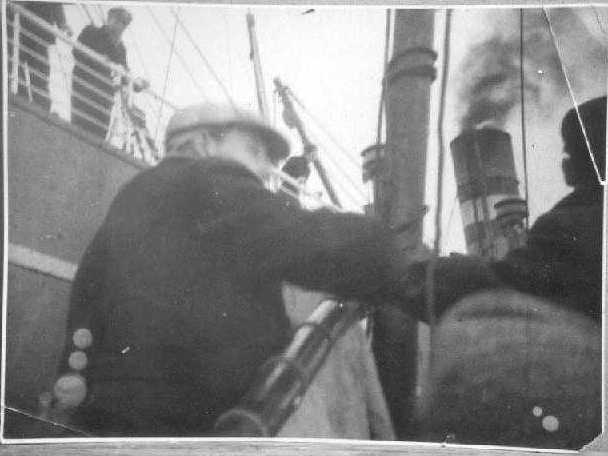 and once on board the Edam I made of the 3 lifeboats in which we spend a miserable night. The Edam had saved our lives. 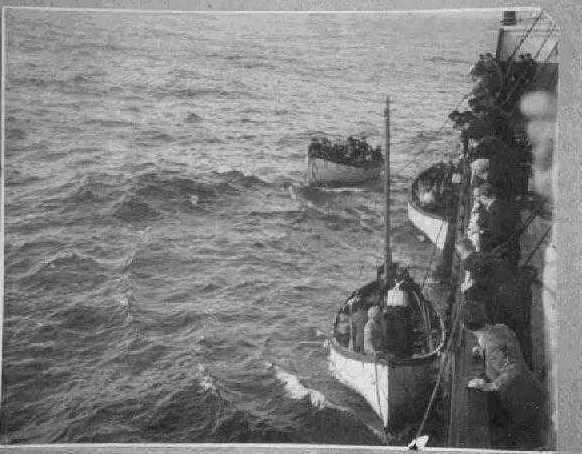 The 7th of March 1940, I sailed with the Edam from Rotterdam after I had signed the articles for a trip to New York and outports. On the homebound trip the British Navy directed us to the Downs for contra-band control. On the 5th of May whilst anchored in the Downs we were listening to the Dutch radio to learn about the fighting when we heard about the bombardment of the centre of Rotterdam. The 17th of May 1940, the Edam was directed to King George the V dock in London, the entire crew was kept prisoner on the ship, whilst Scotland yard took every thing out of our cabins where one could write on or in. After 5 days we got all our belongings back, but those crew members who belonged to the Dutch Nazy party were taken ashore and locked up for the duration of the war.

The ship was fitted out with a large cannon on the poop, there was a copper plate on the cannon saying that it was reconditioned in 1918.This ancient thing was to be our protection against the rapid firing cannons from the German U boats. We also got 2 hand machineguns, with a turret that held the bullets, those things which one some times sees in old Chicago gangster movies, this was supposed to be our anti aircraft gunnery. Later the ship was fitted with 4 Oerlekon nests, 2 of these were placed above our cabins, as these nests were made of concrete blocks(to protect the gunners)we were not very happy with them in the tropics. The concrete nests worked as accumulator heaters. In the night the temperature in our cabins did not come under 40 degrees C.

We all got shore leave passes but were not allowed to leave the police district of Eastham. From Captain to Boatswain’s mate we got 5 pounds pocket money per week. As we did not know if our families were still alive after the bombardment of Rotterdam, there was a sort of a graveyard sphere on board the ship, many a crew member did not even want to go ashore. I wrote a letter to my British penfriend, the daughter of a British coaster Captain who befriended my father who was a pilot in Rotterdam, and told her about the sphere on the ship.

Two days later I got a letter back, with an invitation of her Father to come to Yarmouth for a week end. The next Saturday I was on the train to Great Yarmouth, when I arrived Betty and her father were at the station. When we came to their house I experienced a sample of British hospitality which I can never return. Captain Mellor gave me a key ring with a key on it and said the following words which I will never forget "Here is the key to the front door of my house, as long as this war goes on you must look upon this house as if it were your parents house. When the war is finished you can give the key back and there will be no strings attached". This is the finest sample of British hospitality that I ever encountered. Mr. Mellor knew me as the son of a befriended Dutch Pilot, he knew that I had gone to sea as an engineer but for the rest he did not know me very well, it might have been possible that I would have drank his whiskey in the middle of the night and jumped in the bunk with his daughter. Betty whom I had seen when she was 14 years old had grown into a beautiful young lady with a marvellous sense of British humour, we enjoyed ourself immensely that first week end together.

On 10/6/40 the Edam left London in convoy for the North Atlantic, half way across the Atlantic the order was given to the convoy to "Scatter fanwise" after which the Captain opened his sealed envelope and learned that our destination was New York. 22/6/40 we arrived in New York, to sail fully loaded for Halifax on 6/7/40, in convoy we started our trip to Liverpool. During this trip the convoy was raided by German bombers. The bombers came from port side very low over the convoy, I was just going to the mid’ship when I saw the large bomber come straight for our aft mast and started to run for the mid’ship.I kept looking at the big monster wich was only a few feet above our mast heads, just before he was on top of us he swerved a little to starboard and dropped his bomb just behind the stern of the Edam. The aft ship was lifted out of the water and I was rolling over the deck, in that moment I saw my whole life go past. However the Edam was still afloat and her propeller was still turning, the Edam’s behind had developed a Marilyn Monroe roll due to the fact that the propeller and the propeller shaft were damaged but with some improvisations we managed to keep up with the convoy and arrived safely in Liverpool. The damage was repaired in dry-dock, and once again the Edam had brought us safely to the harbour.

In November 1940 whilst the Edam was in Montreal we got our first mail from the Netherlands, I learned than that my father had died at the early age of 46 years. On 15/1/41. whilst the Edam was berthed in Liverpool I became engaged in Hull with my English pen friend whose parents had made me a member of their family.

From 17/2/42 till 7/3/42 whilst berthed in New York, hold no. 1 and hold no. 2 were stowed full with approx. 6 feet long bombs. Without any escort we sailed from New York round Cape town to Suez where we arrived on 6/5/42 during that time the crew did not get a chance to go ashore. In Cape Town we took bunkers, water and provisions but we were not allowed to enter the bay, every thing was brought to us by tenders whilst we were anchored outside the bay. After we had passed Durban a German submarine was hunting for us, by clamping down the safety valves on the old Scottish boilers and raising the steam pressure from 15 atm. to 17 atm. we escaped the sub. It had cost us a couple of fire tubes in the old ‘’Spongy Radishes’’(Scottish Boilers) but we did not get a torpedo, once again the Edam had saved our lives.

The 24th of September 1942, whilst the Edam was berthed in Liverpool, I was married in Cottingham with the girl that I had known from the age of 15 years and to whom I have been married for 53 years, 5 days and 9 hours, when death parted us. On the 4th of July 1943, again whilst the Edam was birthed in Liverpool, I witnessed the birth of my son. On the 5th of June 1945 the Edam berthed at the "Wilhelmina kade" in Rotterdam, she was the first ship of the original pre-war fleet of the Holland America Line to return to the homestead after the war in which she made a trip of 5 years and 90 days.

In Liverpool they called the Edam "The lucky ship".

May be you will now understand why the Edam is the ship of the Century for me personally, She has carried me many a time safely across the Atlantic, whilst the Battle of the Atlantic was in full swing. I have cried on board Her, but I have also had a lot of pleasant moments on Her. She was not Mother’s most beautiful baby, Her cabins were not exactly comfortable, between 7 engineers and 3 wireless operators we had one shower, two washbasins and one WC. In tropical waters our food was rotting in the cool-cells because the old CO2 refrigerating machine had not been built for tropical waters. Her Scottish Boilers were sighing sometimes and required a lot of maintenance. The gearbox of Her main-turbine made a screaming sound which one still heard when one was three days ashore, but I would not have liked to miss Her, it was "one" great adventure to be allowed to outlive the war in Her. 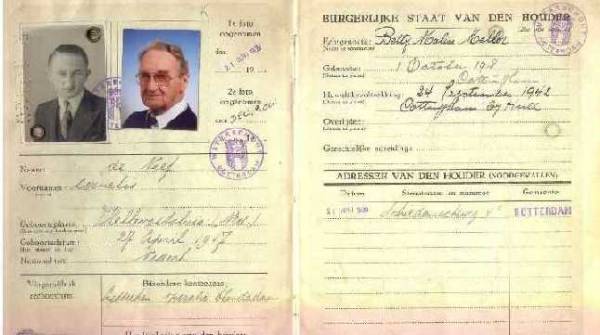 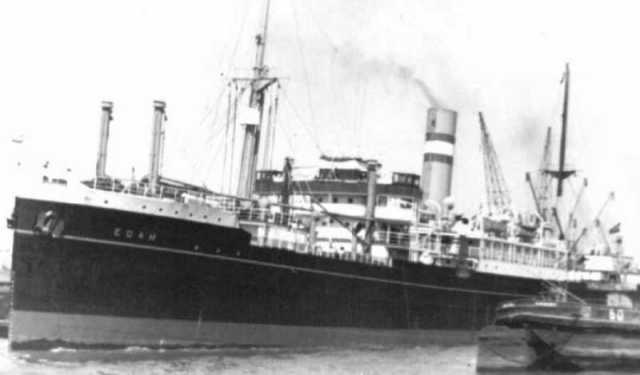